What is a Press Release (And Are They Dead)? 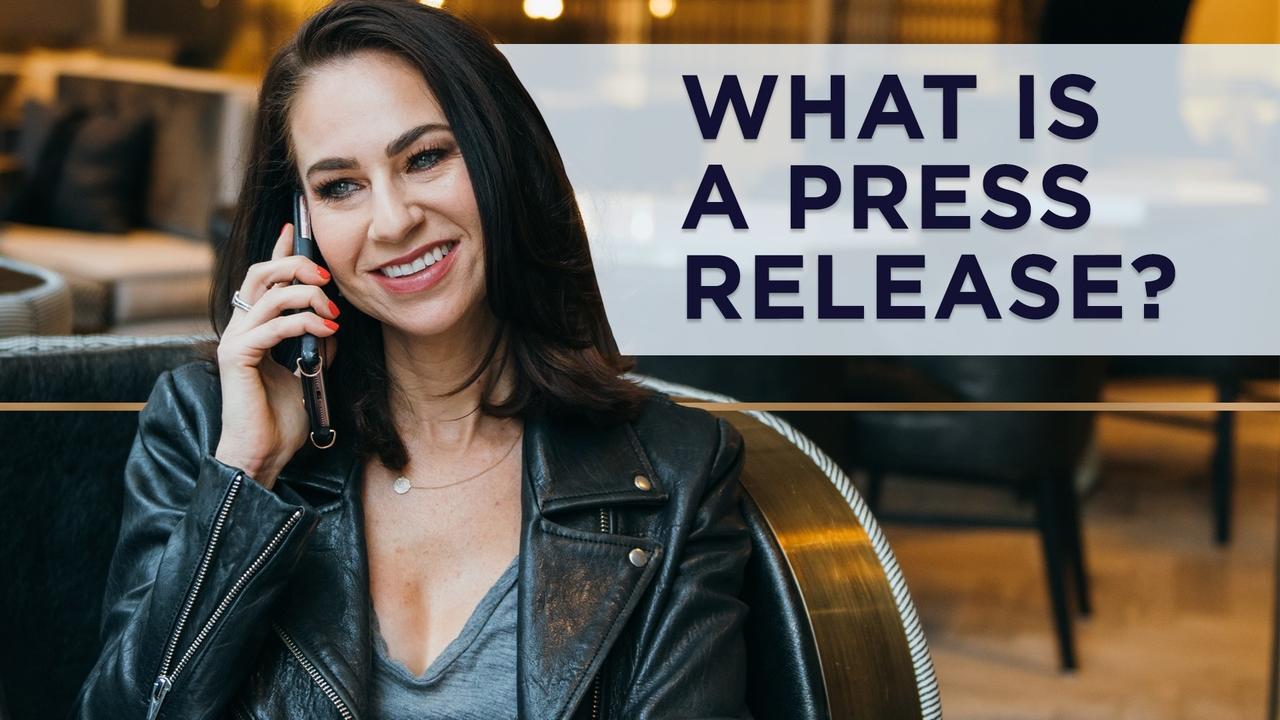 Let’s dive into these questions together so that you can create the best strategy possible for your clients.

What Is a Press Release?

We’ll start with the basics: what is a press release? On their most basic level, press releases help you announce news for your clients in a concise way. Press releases should be simple and to the point.

In a press release, you can include quotes from stakeholders or relevant parties. So, for example, if there's a collaboration between two companies, you could have leaders from both companies weigh in on what that partnership means.

With press releases, you let the media just grab all of the information that they need. They should be informative, short, sweet, and to the point.

When you write a press release, you should start with a catchy headline, and then include a subheading to quickly summarize what it is about. Then comes the body, which has all of the information.

Beyond the body, there's a boilerplate, which is information about your client's company. This is usually the standard language that they use across all press releases, so it shouldn't change much unless there's a major change in their company.

Related: Local Press vs. National Press: Which One Should You Pitch?

In short, press releases are not dead. But they are not going to generate press, and nowadays, they really do not help with SEO either. Generating press and SEO are the main reasons people have done them in the past. But the landscape of PR is so different now and press releases don't get the same results that they used to.

I’ll be honest: in 16 years of running my agency, we have never received a meaningful piece of press from a press release. We have never issued a press release and had a journalist ask to do a story about it. What actually tends to happen is the release being picked up and redistributed.

There's a lot of different channels that will pick up and just run your content. In those cases, it's fine to say that you issued a release and note the places it was picked up. But don't try to pass that off as earned media, because it's not okay. Earned media is a media feature where you send a pitch specifically to an outlet and they cover your client in some kind of feature, not just rerunning your press release.

So if your clients think a press release is going to help with SEO or generate coverage, they really just do not do that anymore. The landscape of PR has changed, and those results aren’t as attainable with just press releases.

How to Know Whether to Use a Press Release

If your client has something that's truly newsworthy, like a major change in leadership, a patent, or a grant for research that they've been given to solve a problem, those are super newsworthy and great subjects for press releases.

Press releases help control the content viewed when people search. It allows you or your client to present the facts and tell the story in the way that they want it to be told.

They are also a quick, easy, cost-effective way to share information with specifically targeted outlets. Plus, they look and feel like a media alert, so you can reuse them in other ways, like attaching it to a pitch email or just adding it at the bottom of your pitch.

Press releases can also act as a newsletter of sorts to kind of show the stakeholders and the wider public that the company is (or is about to be) prominent.

If you think media contacts are going to find your press release and reach out to you, they really do not generate earned media coverage. It's moreso the format that editors are familiar with. It’s really helpful content to embed in the body of a pitch and say something like: “For more information, please check out our recent press release for all of the relevant details.”

Journalists will often skim press releases, and they'll only really read them if it's real news. So there may be a better way to get the word out, especially if you’re representing startups or smaller companies.

But for smaller companies, there are better ways to generate results, which is where you come in with creating story angles and pitching your client to the media — specifically targeted and in a strategic way.

Questions to Consider Before Writing a Press Release

There are specific questions to ask your clients before writing a press release to determine if this is a viable strategy for them and if this is something that you should pursue.

Here are some questions to ask your clients before deciding to do a press release:

I want to remind you to step into your expertise and know that you're the pro here. Clients don't get to come in and tell you, “We want a press release.” You're going to look like a fool if you send something out, that's not truly newsworthy.

It's a waste of time and money, and it dilutes their actual relevant news. It also makes you look like you don't know what you're doing. So get comfortable with pushing back when it's not appropriate. Be okay with setting a boundary and saving press releases for really important, meaningful news.

Part of being an amazing PR professional is knowing the industry and how to guide your clients. Understanding certain questions they may have, like what is a press release, will help you develop thorough plans.

Press releases certainly aren’t dead, but they are not going to generate the most effective results for every client and every situation. Evaluate what your client goals are and how you can best help them get there before deciding to write a press release. And remember to save them for truly newsworthy content. 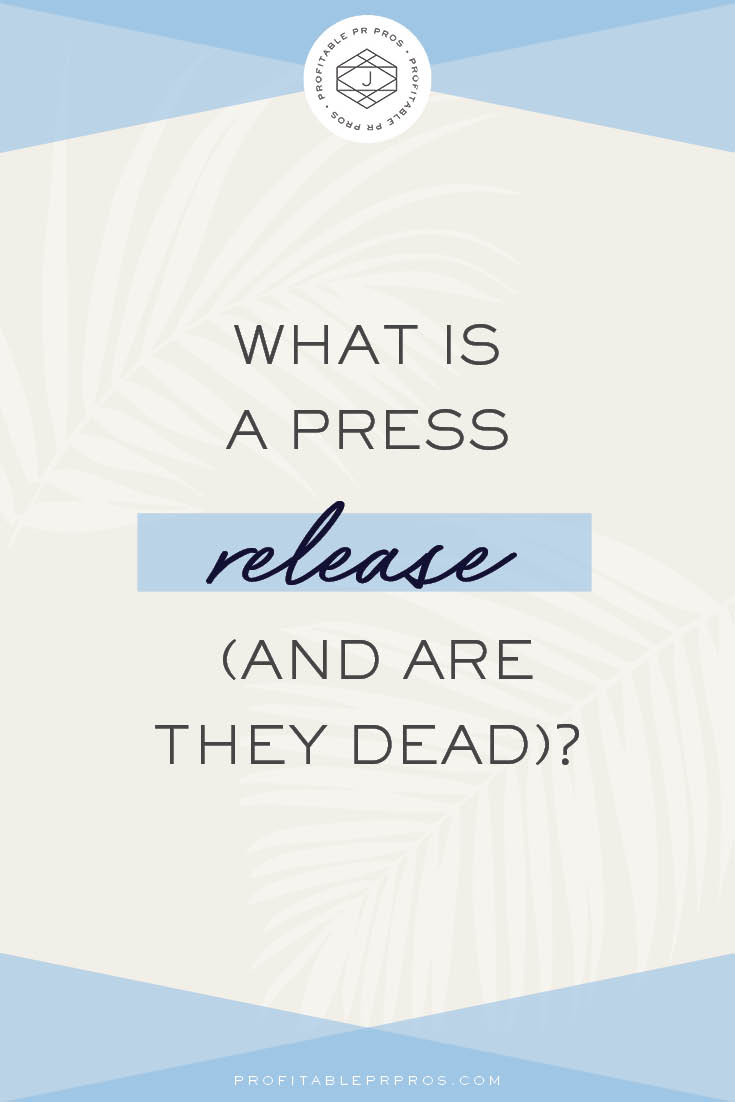 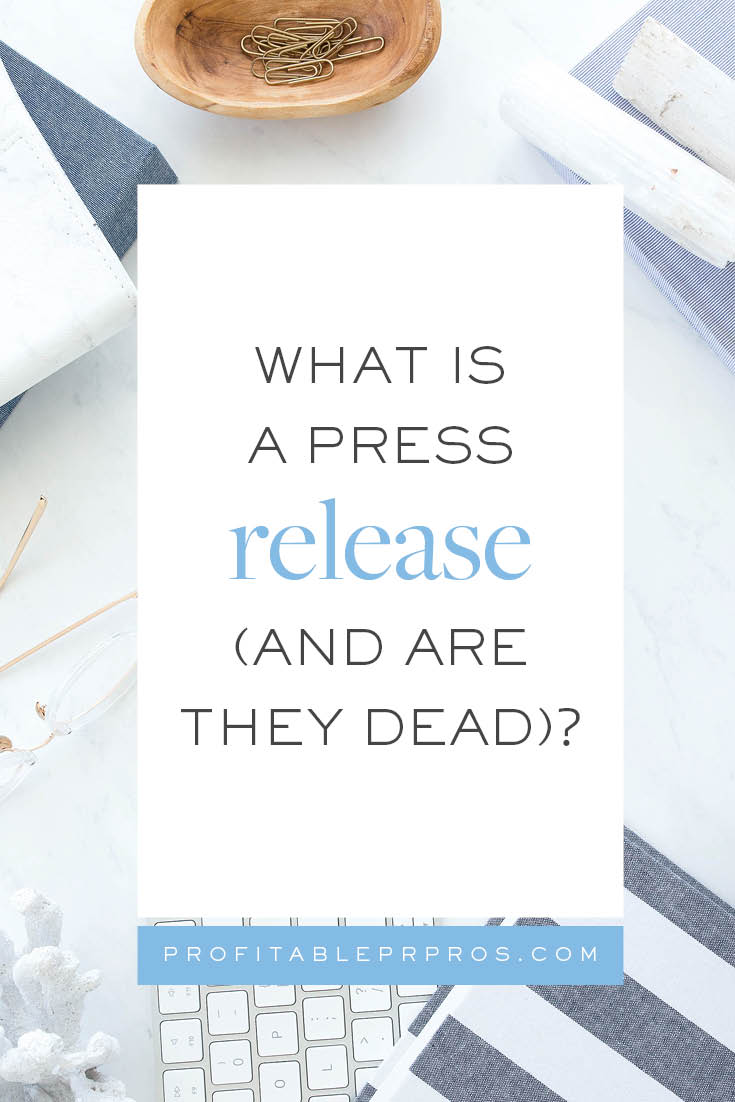 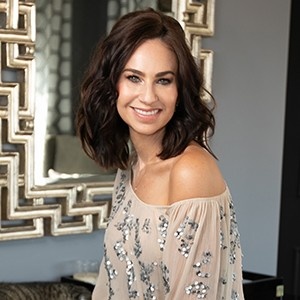 Founder and President of 7-figure PR agency Jeneration PR and CEO of Profitable PR Pros, an online hub where PR agency owners can learn how to start, grow, and scale their businesses. 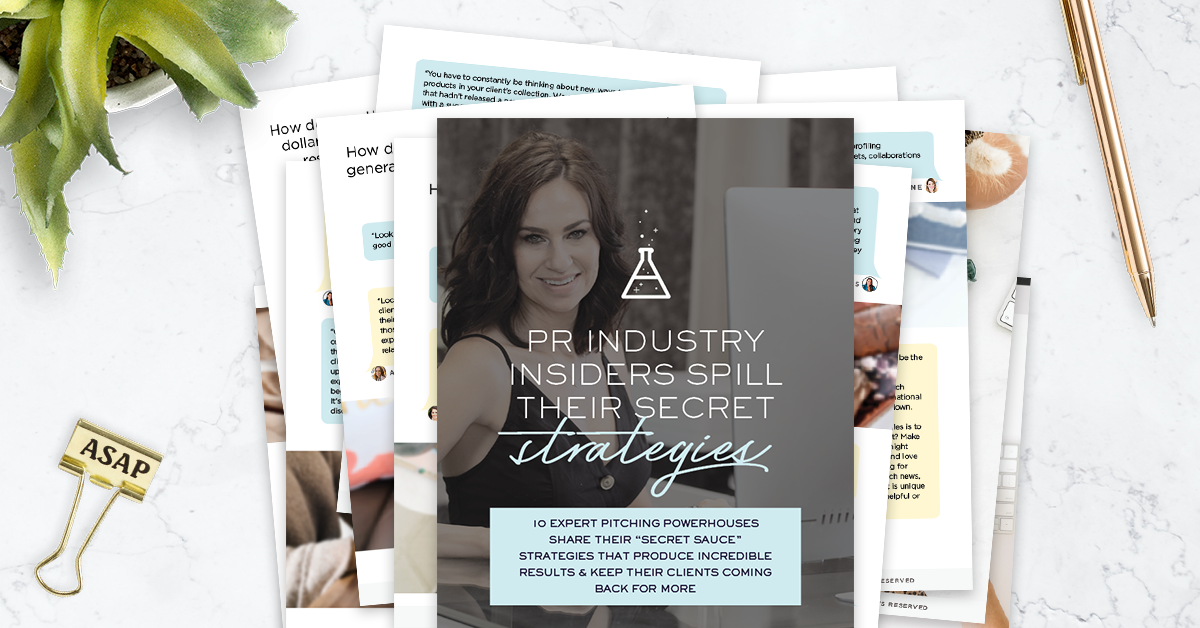 10 PR Pros are Dishing Their Secret Strategies for Getting Incredible Results!

Fill out the form below to get these strategies sent right to your inbox!